Filling in the math gaps for different students

Jere Whitson Elementary is one of twenty schools at Putnam County School District in Tennessee, but they face some very unique challenges. In addition to serving a largely transient, high poverty population, many of the school’s students are also English learners (EL). To meet the needs of their students, educators at Jere Whitson knew they needed to level the playing field by addressing a variety of knowledge gaps in their classrooms, particularly in math.

“We were researching different ways to close the math gap,” said Thomas Fuhrman, Principal at Jere Whitson. “We needed help engaging our students without losing out on rigor.”

But finding a rigorous program was only part of the challenge. Assessing the math knowledge of some of their EL students was an even bigger issue. As third grade teacher Kevin Moss explained, he and many of many of his colleagues were working with kids whose main focus was “listening to the English language and trying to pick up different words and phrases, which made it difficult to judge their skill level in math.” 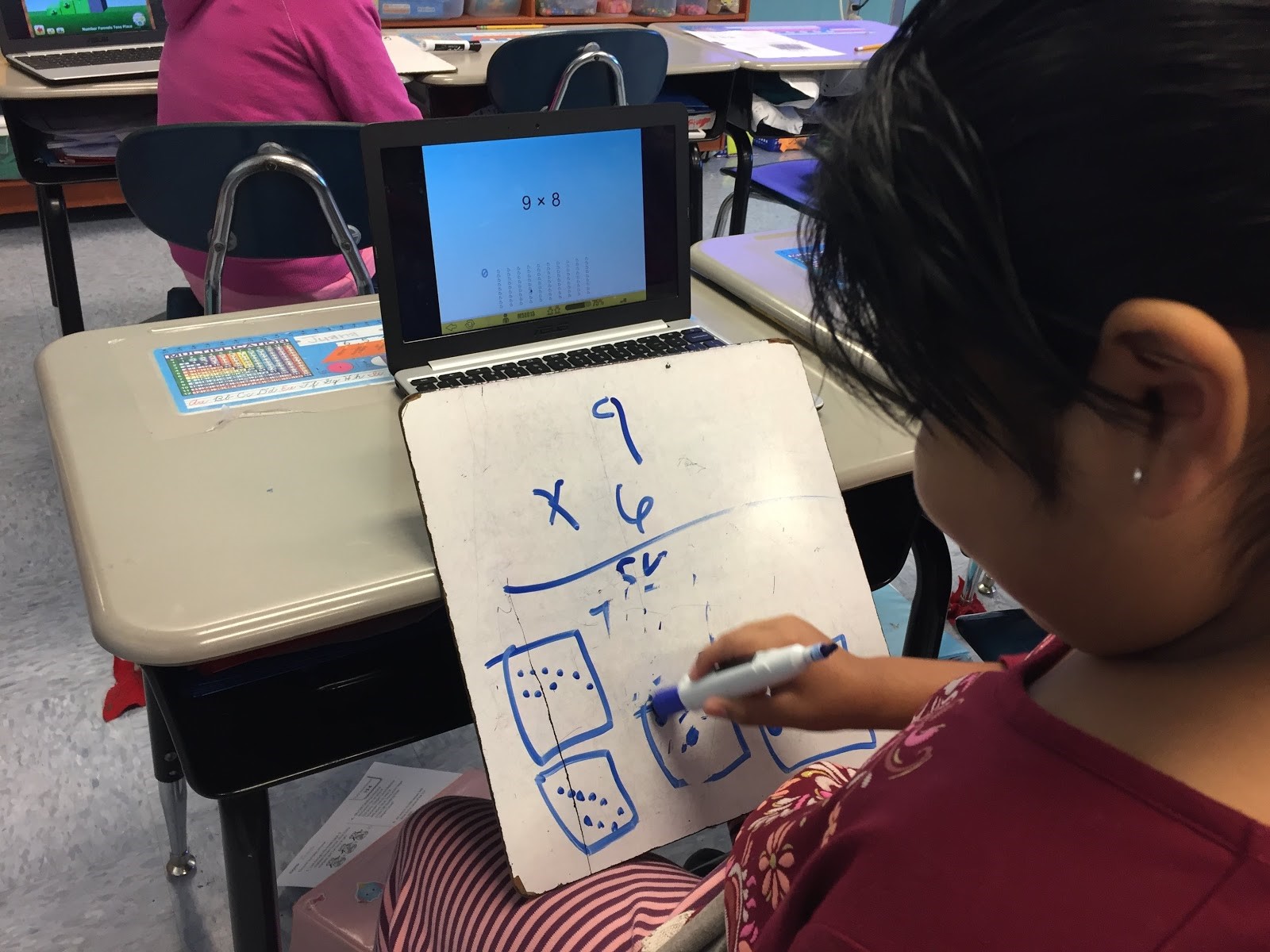 With their students’ specific needs in mind, Fuhrman and his team looked at a variety of math supplements and ultimately decided on visual instructional program ST Math®. The program’s scaffolding of concrete to abstract concepts, non-verbal approach, and engaging visuals all pointed to a perfect fit.

“It’s a simple concept of having a penguin going across the screen,” Moss says, referring to JiJi, ST Math’s mascot. “But the engagement comes from the students’ success in learning the skills. I can assign specific sections as a teacher, and students can track their own achievement.” He finds that “the mixture of these two things holds their attention and keeps them engaged” no matter their language or skill level.

“It’s a simple concept of having a penguin going across the screen. But the engagement comes from the students’ success in learning the skills."

Moss also notes the benefits of the digital manipulatives used in ST Math: “Often we use manipulatives to explain how the math is working to our students, but ST Math does that for everything,” says Moss. “You can click around on the screen and see what’s happening, even for abstract concepts that are harder to teach. That’s where ST Math really shines. The students are not just learning the math, they’re learning how the math works, which in turn helps with thinking and all other school tasks.”

Second grade teacher Beverly Hall values what she calls opportunities for “microwavable lessons” in her classroom. “ST Math is great about slipping concepts into the games gradually. A bit here and a bit there, until the full picture forms,” she says. “The gradual vocabulary is great too, because often they don’t know what faces or vertices mean, but that gives me an opportunity to make a connection and explain it.”

Having implemented ST Math twice a week in their regular classrooms, and daily for intervention students, Jere Whitson’s teachers are seeing the confidence shine in their students.

Hall sees the ST Math impact in her classroom when she introduces new concepts. “When I start teaching, some of the children start answering right away and they’re not the typical child to answer a question in my class. And I know they’re speaking up because they’ve already had this lesson in ST Math.”

Fuhrman has noticed a marked difference in students’ perception of math as well. When he visits various classrooms and speaks to students, the fear of math they had is gone. “I’ve never seen kids so confidently express what they’re doing as when they’re using ST Math,” says Fuhrman. “We’ve used other computer programs in our school, and often times they’ll just look at you when you ask a question. But when it’s ST Math, they’re the ones creating the story.”

Confidence isn’t the only thing shining through at Jere Whitson. Fuhrman highlights their NWEA MAP Growth scores from spring 2016 to spring 2017 which show third graders in the 90th percentile for growth, while first graders are not far behind at the 81st. Kindergarteners also showed impressive growth from fall to spring of 2017, falling into the 88th percentile.

Hall has seen student confidence in ST Math carry over to all aspects of the students’ education. “One of my students was in his own little shell at the beginning of the year,” she says. “But with the accessibility of the program, the animations and colors and the instant gratification of figuring out puzzles really drew him in. Before I knew it, he’d done half of ST Math in a few months and last week I noticed he showed up in the A/B honor roll.” 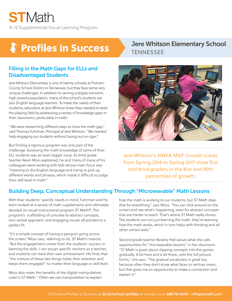 Experience the power of visual learning with   ST Math®.